MNPHA - Manitoba Non-Profit Housing Association > “In the News!” > In the News > Allowable rental rate increases for 2018 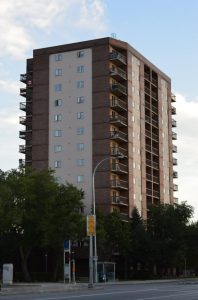 Manitoba Justice advises the 2018 rent guideline has been set at an increase of 1.3 per cent and will take effect Jan. 1, 2018.

The guideline is determined annually based the Manitoba Consumer Price Index (CPI) and applies to most residential rental property including apartments, single rooms, houses and duplexes.  The guideline does not apply to:

Landlords may apply for an increase above the guideline if they can show the guideline will not cover cost increases they have incurred.

Tenants have the right to object to any rent increase, whether it is below, at or above the guideline.  Objections must be made at least 60 days before the rent increase is set to take effect.